O Pino is located practically in the Centre of Galicia, to the Southeast South of the Province of A Coruña (coordinates 42°54'17N - 8 ° 21' 45). It has an extension of 132'3 kilometres square, divided into thirteen parishes: Arca, Budiño, Castrofeito, Cebreiro, Cerceda, Gonzar, Lardeiros, Medin, Pastor, Pereira, O Pino, San Mamed and San Verísimo de Ferreiros. O Pino is part of the Region of Arzúa. It borders to the North Frades and Oroso, to the South with Touro and Boqueixón, to the East with Arzúa and to the West with Santiago de Compostela.

Precisely, it is the first municipality that the visitor can see following the N-547 from the capital of Galicia to Lugo, passing the international airport of Lavacolla. In fact, several tracks of the terminal are in territory of O Pino. The municipal capital, O Pedrouzo, is located about 18 kilometres of Compostela. 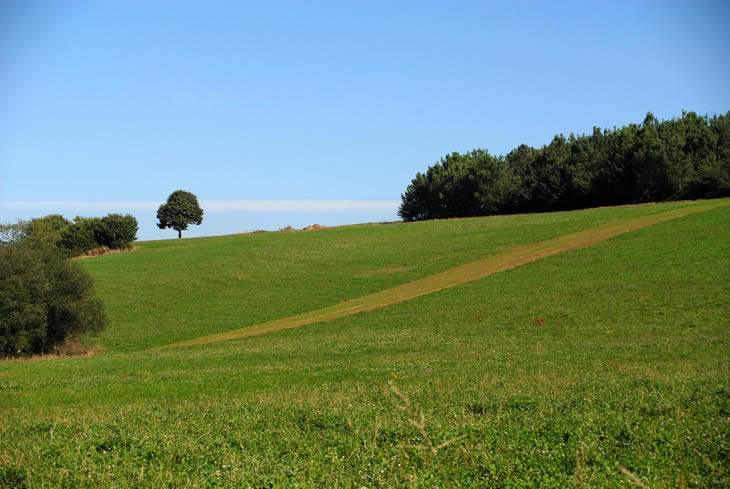 Geographically we locate the Council at latitude 42°54' North, and longitude 8 ° 21'5 West. Its latitude is 287 metres above the sea level. Its relief is smooth, little hilly, with a variation between 200 and 450 meters. Higher quotas are reached at Monte das Minas, 452 meters and in the Castro de San Lorenzo de Pastor, with 412 meters. The municipal capital is located 289 metres above sea level.

Following the natural chapter, the River Tambre is that trace the division in the northern part of the council. Its main tributary is the River Mera. It also appears in the Noa River map, which was born in the parish of Pastor and flows into the own Tambre. In terms of the climate, it is the characteristic of the area, oceanic and humid. The rainfall, which can reach the 2,000 millimeters per year, is slightly accentuated.

The balance of population in the year 2015 is 4.706 inhabitants. The municipality of O Pino is located in the range of municipalities between 1.000 and 5.000 inhabitants, as well as the neighbouring municipalities of Frades, Boqueixón and Touro. With regard to the sectors of activity, it shows that most of the workers are employed in the services sector, followed by agriculture, industry, and finally the construction. However, as regards the companies incorporated in the municipality of O Pino by sectors of activity, most are services (58,10%), followed by the construction sector (20%) and industry (14.29%). The number of farms barely come as 8%, specifically the 7.62%.

The proportion to arable (orchard, greenhouses, and arable land) occupies 17,51% and the surface of woody farms only represents 0,50% of total. As regards the secondary sector, it should be noted that half of the holdings are divided into 41,67% in manufacturing industries and 58,33% in construction companies. If we look at the number of workers employed in these sectors, it can be seen that the percentage is inversely proportional, given that a 52.29% are employed in manufacturing industries and the remaining 47,71% in construction.

With regard to the services sector of the municipality of O Pino, half of the companies existing in the municipality have trade activities to the retail and non-food products, highlighting the equipment home, DIY, construction and sanitation companies, followed by textile companies, clothing, footwear and leather goods. With respect to department stores and hypermarkets, there are two settlements related to the hospitality and food within the single municipality. 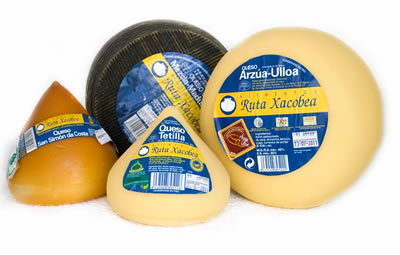